Welcome to the Indy Leaders in Sustainability Homepage! Here you will be able to read about our session moderators, learn about your fellow leaders, schedule time with Heather or Michaelyn at KIB, or Taylor Hughes at Indy Chamber, and view recordings and resources attached to each session.

If something on this site isn't working quite right, please let us know! 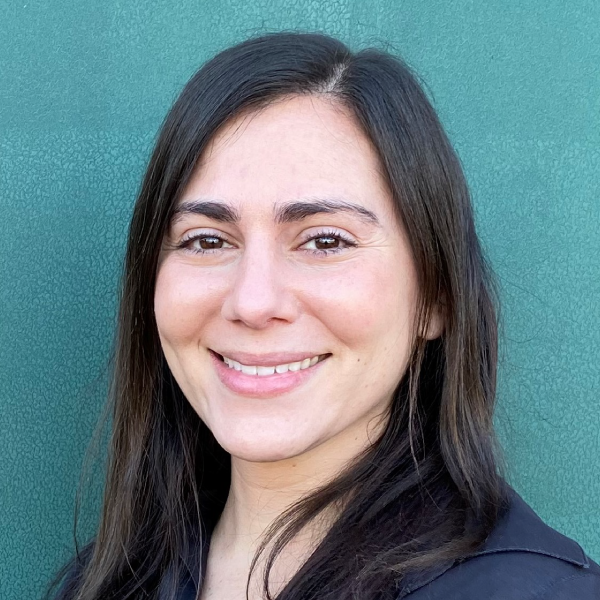 Needless to say, she absolutely loves educating people of all ages about the reason we do our work. Heather shares here know-how whether she's leading projects and hands on lessons for students or hosting a Lunch & Learn with a local partner. As a former KIB intern, Heather has risen to the Director level over the course of 8 years with KIB. 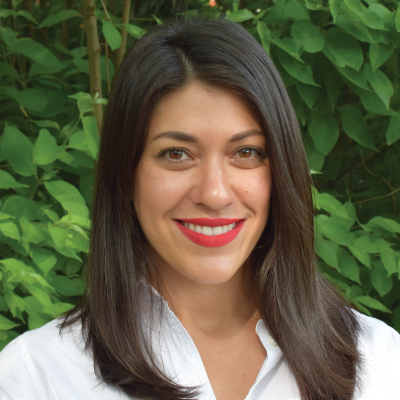 Michaelyn first came to Keep Indianapolis Beautiful as a volunteer more than a year before she began her role as Director of Development. With over a decade of leadership experience in non-profit organizations, Michaelyn is now responsible for connecting companies, foundations, and individuals with meaningful opportunities to help people and nature thrive. 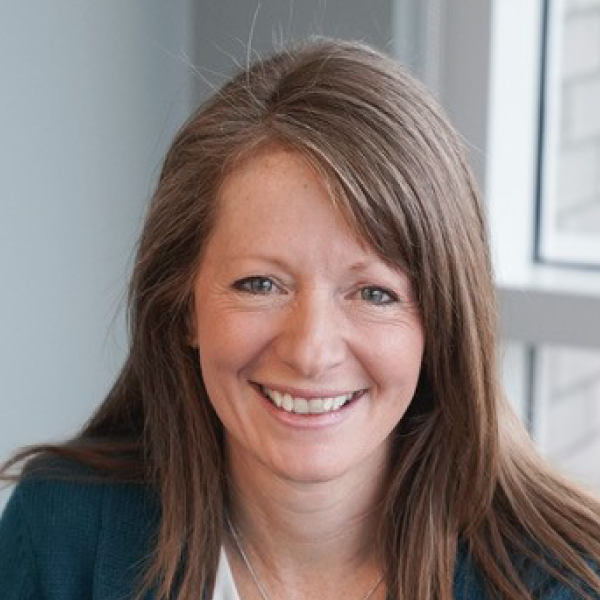 Brenda consults and provides legal counsel to nonprofits through Charitable Allies and its sister organization, Allies4Good. In August of 2019, she joined the IUPUI American Studies Public Problem-Solving PhD Program, where she researches issues of urban sustainability as a matter of health and equity. Her primary focus is how we can accelerate sustainable urban development through public-private-community partnerships and collaborative leadership. Health and Hospital Corporation of Marion County is sponsoring Freije’s research. Before joining the PhD program, Freije served for 25 years in leadership roles as a lawyer, nonprofit executive, pastor, and community builder. 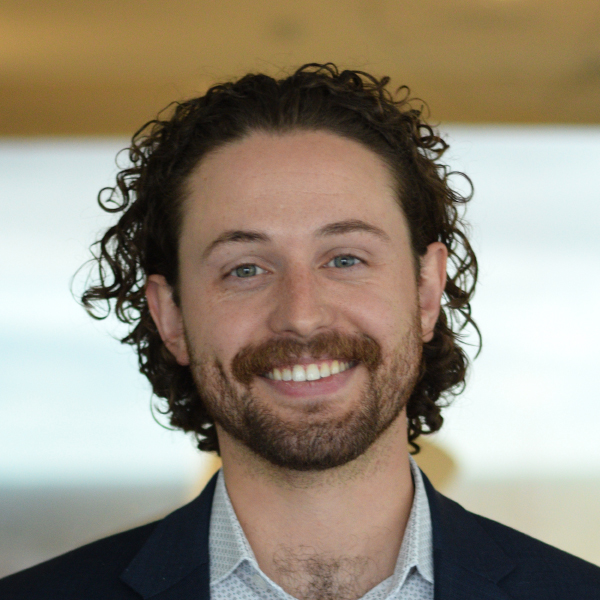 Taylor’s role at the Indy Chamber involves connecting business and community leadership for strategic civic initiatives. Primary areas of focus include public health, transportation, sustainability, and infrastructure and those issues’ relationship to inclusive growth. Before coming to the Indy Chamber, Taylor served on the Public Policy team at United Way of Central Indiana and has previous experience in research roles at international development and local policy advocacy organizations. Outside his Chamber duties, Taylor serves on the Board of Directors for Southeast Neighborhood Development, Believe Circle City High School, Reconnecting Our Waterways, and Garfield Park Neighborhood Association. Taylor holds a BA in Politics, Philosophy, and Economics from Taylor University, and a Master of Science in International Relations from the University of Bristol. 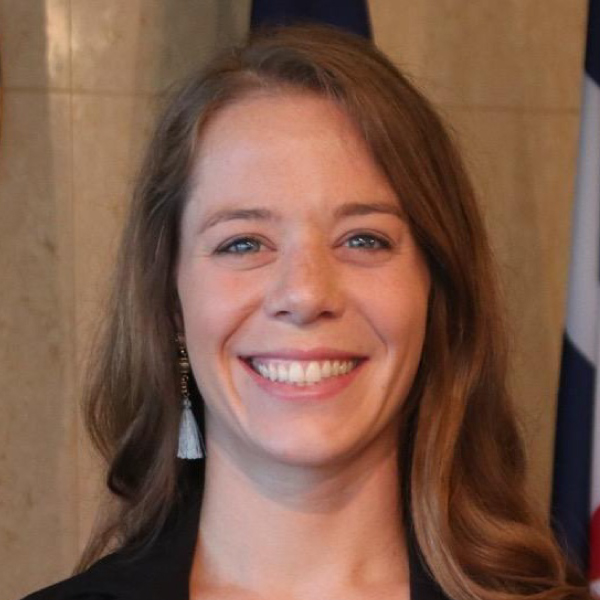 Mo is a native Indianapolis resident and is proud to be serving the City she loves. Her role as the Community Engagement Manager for the Office of Sustainability includes stakeholder relationship building and project management as part of Thrive Indianapolis, the City’s first sustainability and resilience plan. She has been with the Office of Sustainability since 2019. Prior to that she served in the Mayor's Office as a Mayor's Neighborhood Advocate. Mo serves on the boards of Groundwork Indy, Reconnecting to Our Waterways, Greater Allisonville Community Council and St. Pius Young Adult Commission. 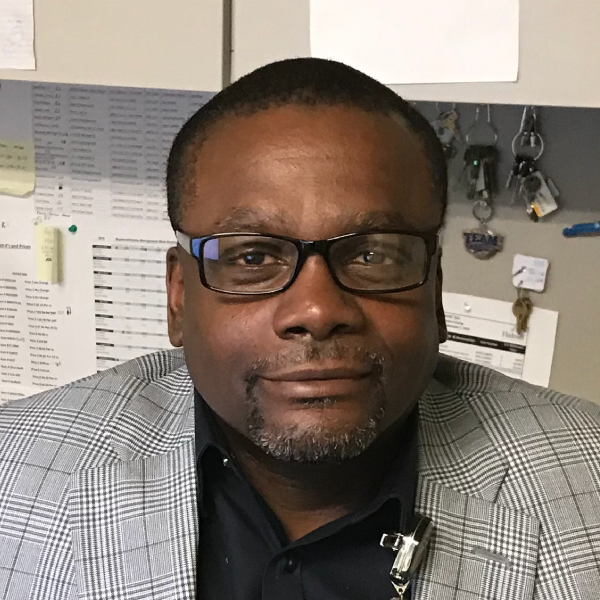 Eric Ballance was born in Indianapolis, Indiana on 1 July 1964. He graduated from John Marshal High in Indianapolis in June of 1982, and from Indiana Weslyan University with an Associates in Business in 2016.

Eric’s Career started in the hospitality industry working for Carlson Hotels in 1990 (Radisson) which was purchased by Starwood Hotels and the name was changed to Sheraton Hotel & Suites, Eric earned the role of manager, and traveling task force Trainer. After working that role for a few years he was promoted to Director of Housekeeping for the Downtown Westin Hotel Indianapolis, in 2008 Eric was hired as the Operation Manager for Wishard Hospital, in November of 2016, after Eric successfully fulfillling his role for several years, an opportunity opened and he was promoted to Director of Environmental Services for Eskenazi Health Hospital (formally Wishard Hospital).

Eric Ballance has been in his current position as Director of Environmental Services for the past 4.5 years. During his tenure he service has served on the following committees: IPC committee, hazardous waste committee, recycle committee, Employee engagement committee, and quality assurance committee. He has successfully implemented several innovative ways to compensate staff reduction, installation of and autonomous floor scrubber, a never done before cart washer for cleaning and disinfecting bedside commodes, and the EPIC software system was introduced to Eskenazi Health in October 2016, the EVS team was instrumental in creating the new build for tracking occupied beds which had never been introduced to this system until then. 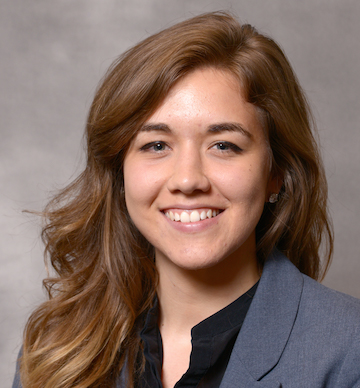 Kelly Beyrer is an associate at the law firm Ice Miller LLP in the Environmental Practice Group. She received her juris doctor from Indiana University Robert H. McKinney School of Law in Indianapolis, and earned her Bachelors of Arts from Indiana University Bloomington, majoring in both Political Science and Mandarin Chinese. In her spare time, Kelly is an avid Lindy hop dancer, cyclist, and vegan baker. 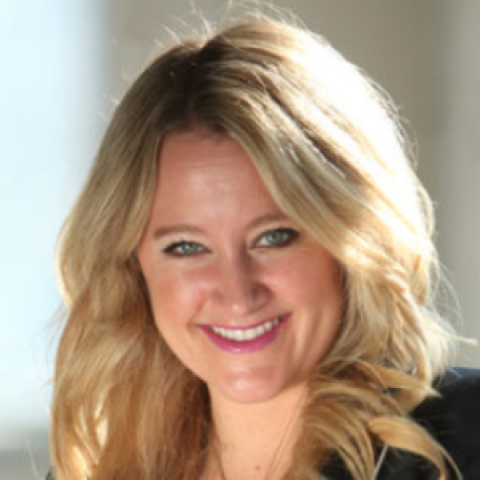 After graduating from Purdue University, Meghan began her professional career at Halakar Properties, focusing her vision and energy on real estate development, which segued into the founding of Halakar Property Management and then Halakar Construction Services. She's an integral player at Gershman Partners who wears many hats, overseeing Operations of the company, Asset Management, Property Management of the Portfolio, as well as Commercial Leasing, Construction & Tenant Management.

Born and raised in Indianapolis, Meghan firmly believes in the importance of being active in the local community, having served on numerous non-profit Boards around the city, currently residing as the President of the Athenaeum Foundation Board. Outside of her career, she enjoys being with family and friends, spending time in Pentwater, Michigan, sailing and boating on Lake Michigan and attending live concerts. She is a self-proclaimed Indianapolis Colts enthusiast and all around sports fanatic – she is always striving for the ultimate work/life balance while being a wife and Mom to three amazing little kids. 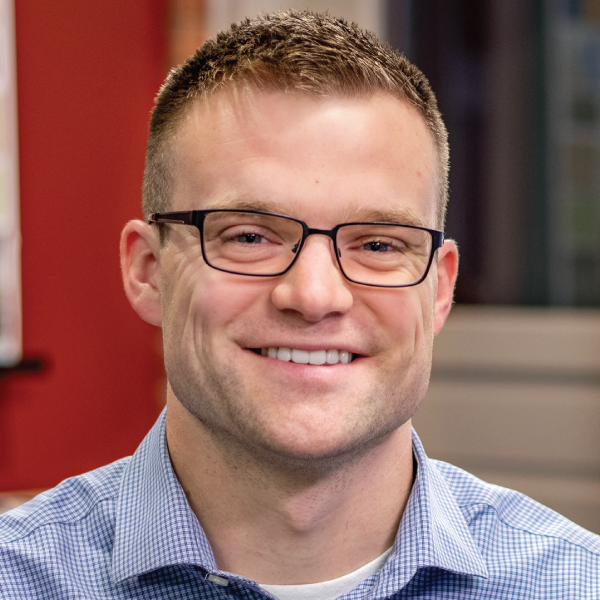 Andrew Eckrich is an HVAC mechanical engineering designer at Schmidt Associates. With a graduate background in renewable energy and experience in the energy efficiency industry, he approaches building design with long-term energy savings in mind. His personal and professional goals are the same: minimize energy consumption and harmful emissions in order to preserve our planet for future generations. 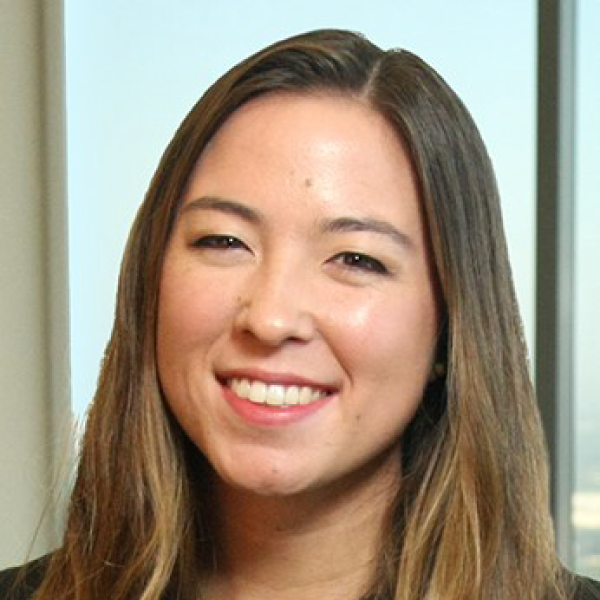 Kristen has a Bachelors of Science in Environmental Management and Master of Public Affairs in Energy from Indiana University – Bloomington. Kristen has been with Cummins since 2014 with her work starting at the Cummins Technical Center (CTC) in Columbus, IN, in the Health, Safety, and Environmental department. At CTC, she implemented the Energy Management System in conformance to ISO 50001 and the U.S. Department of Energy’s Superior Energy Performance program. Kristen continues to work in Energy Management Systems for U.S. manufacturing locations as part of the HSE function for the North America Regional Operating Team as a Sustainability Manager. Kristen supports all Cummins locations in the U.S. and Canada in eco-efficiency, pollution prevention, and in achieving Cummins’ PLANET 2050 vision.

Kristen lives in Indianapolis, IN, and enjoys time with her new puppy, Henry. She also loves to travel and attend live music concerts with her friends, when there is not a pandemic. 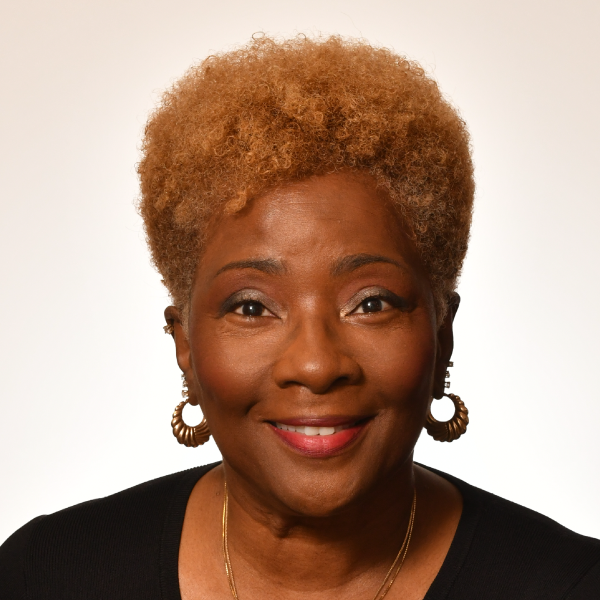 Yvonne Harrington joined the KeyBank team in 2007 where she serves as the Corporate Responsibility Officer for the states of Indiana and Michigan.  In this position, she is responsible for identifying and delivering initiatives that meet the financial needs of low- and moderate-income individuals, while helping the bank meet their
CRA goals.  In addition, Yvonne is responsible for executing the Banks Community Benefit Plan in her designated markets.

Yvonne has a broad financial service background spanning for more than 30 years.  She has served in the roles of credit supervisor, mortgage processing manager and relationship manager for various other financial institutions.

Prior to joining KeyBank, Yvonne was an Assistant Vice President for Fifth Third Bank where she served as the Community Development Officer for the Lafayette, Terre Haute and Bloomington markets.  She was also the Development Director for Habitat for Humanity of Greater Indianapolis.

Yvonne currently serves on the board of directors for Near North Community Development Corporation and the John H. Boner Community Center.

Yvonne is a member of the Circle City Chapter of The Links, Inc., In addition, she serves on a variety of other committees including the CRA Indiana Bankers Association. 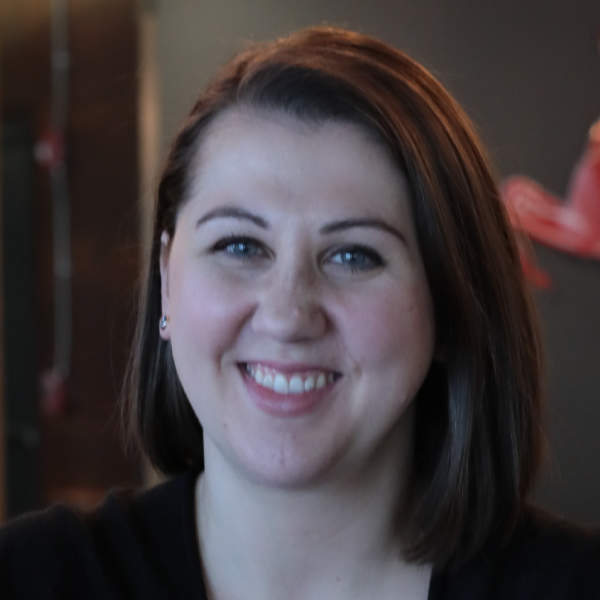 Ashley Larson is Director of Client Services for Bradley and Montgomery (BaM), an Indianapolis-based advertising agency. At BaM, she has the opportunity to work with companies of all sizes and help them bring creative and innovative campaigns to life. She is also an advocate for environmental causes and is thrilled for the opportunity to represent Bradley and Montgomery in the Indy Leaders in Sustainability program with Keep Indianapolis Beautiful and the Indy Chamber.

She is passionate about serving the Indianapolis community as well in both her volunteer role as Membership Chair of the Children’s Bureau Young Professionals Advisory Board as well as regular volunteer work with Coburn Place.

Ashley is a graduate of Butler University and lives with her husband and two children in the greater Indianapolis area. In her spare time she enjoys spending time outside with her family. 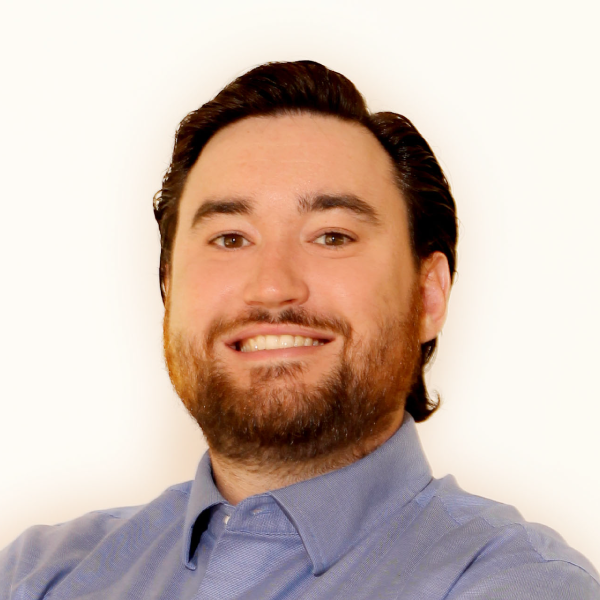 Paul has lived in downtown Indianapolis since 2008 and currently resides in Fountain Square with his wife Michelle and their dog Jack.  He enjoys traveling, volunteering for cleanups and events throughout Indianapolis, and recreational sports such as bowling, golf, kickball, and softball. 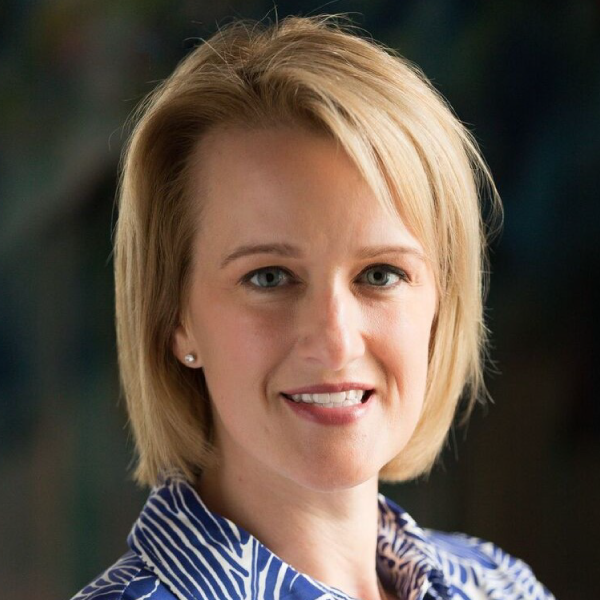 Megan Savage is the Senior Director of Government and Community Affairs at The Heritage Group, a fourth generation family business operating in heavy construction and materials, environmental management and specialty chemicals.  Prior to her time with The Heritage Group, she served as Chief of Staff for Congresswoman Susan W. Brooks from Indiana’s 5th District.  Megan oversaw the office operations for the Congresswoman and ensured the Congresswoman’s priorities of improving workforce opportunities for Americans, advancing cyber security, biodefense, and substance abuse legislation; and offering first rate constituent services were achieved.

Prior to working for Brooks, Megan was Legislative Counsel for then-Congressman Todd Rokita.  Before beginning her work on Capitol Hill, Megan was a Deputy Prosecuting Attorney in Indianapolis, Indiana.  Megan is a graduate of the IU McKinney School of Law: Indiana University and American University.  Megan and her husband, Cam, have three sons. 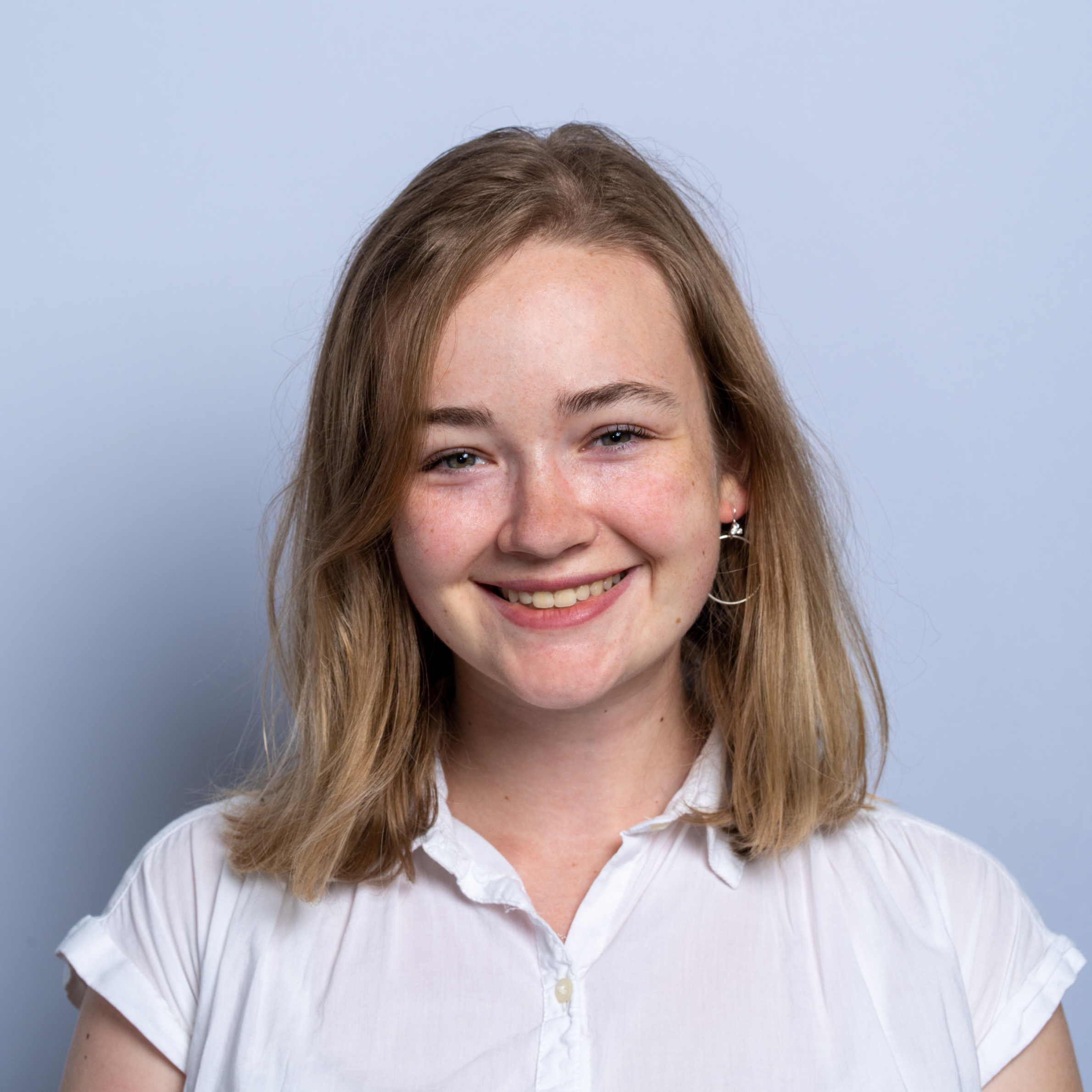 During the COVID-19 pandemic, she helped to kickstart Earthforce virtual programming for employees around home composting, recycling management, and local environmental legislation; the Earthforce Indy team regularly collaborates with local Indy organizations. She is excited to join this program, and brings passion for environmental justice and the circular economy. In her free time, she loves to read as much as possible, drink coffee, and take long walks around her neighborhood!

Our first session provides a basic understanding of community wealth as a basis of environmental justice, led by the Kheprw Institute.

Our second session is a deep dive talk with Ethan Olson about native plants, their role in our ecosystem, and how we can contribute to creating important habitats.

Our third session is a comprehensive discussion around Recycling with Allyson Mitchell from IRC.

Our fifth session teaches about what factors impact our city’s water quality, led by Jill Hoffman of White River Alliance.

In our sixth session we learn about air quality from two leading experts, Matt Mosier and Dr. Gabe Filippelli.