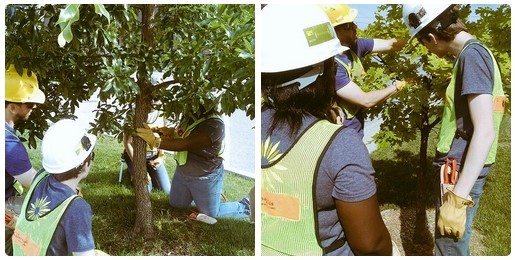 Our Crew Keep Indianapolis Beautiful (KIB) employees a crew of high school students and adult leaders who work to structurally prune trees planted by KIB three years ago (in 2012). This crew prunes young trees, in accordance with arboricultural best practices, to improve the physical structure of each tree. Our Goal Our goal in structural pruning is to improve the structure of each tree so that it can live as long as possible with as few structural defects as possible. If structural defects are not corrected while these trees are young, it could lead to these trees failing (breaking and falling) long before reaching maturity. Aesthetics Aesthetics are NOT a primary goal of structural pruning, which means that a tree that has been properly (structurally) pruned may not look as aesthetically pleasing as it did before the structural pruning. For most street trees, all branches that attach to the tree trunk between 0-10 feet above ground are temporary and will likely be removed, either through natural processes or human intervention. Though a young tree may look aesthetically different right after structural pruning, remember that at some point in the not-so-distant future, all of the current branches (attached within 10 feet above the ground) will be gone, and the new canopy will begin around 10 feet high and extend far upward from there. Pruning Debris Pruning generates debris (pruned branches). Our crew will create branch piles, in the right-of-way, near street intersections. The Indianapolis Department of Public Works has agreed to pick up these piles within a few days of the pile being created. Our Tactics We structurally prune using the following tactics: 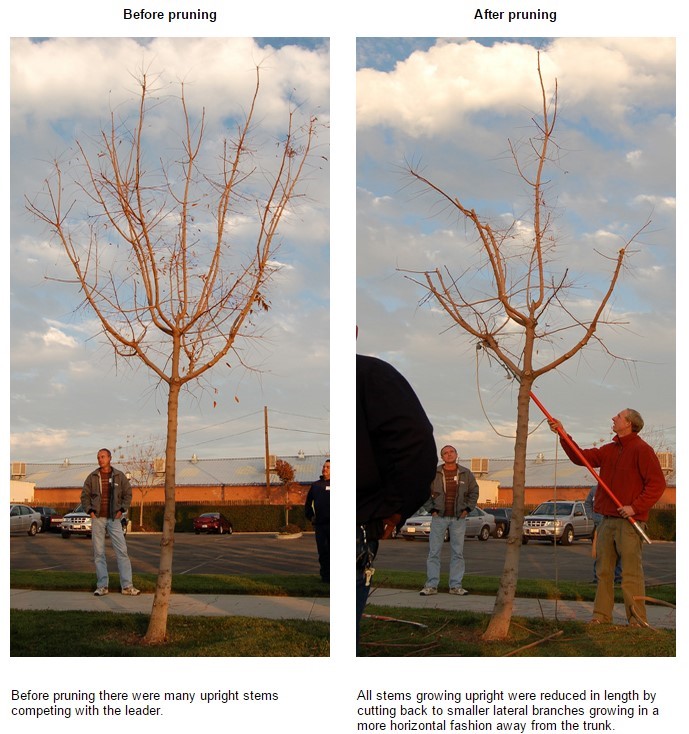 The above images are from the Urban Tree Foundation: http://www.urbantree.org/structure1.shtml 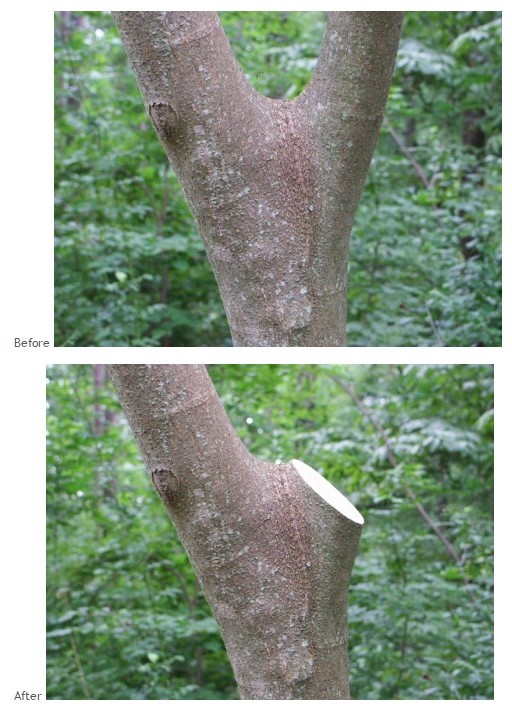 The above images are from the City of Rock Hill, SC website: http://www.cityofrockhill.com/departments/utilities/more/utilities/community-forestry/pruning-trees 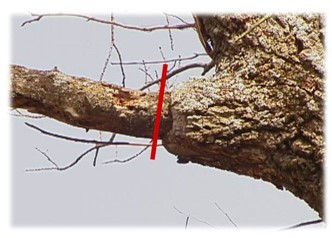 This image is from the Colorado State University Extension website: http://www.ext.colostate.edu/mg/gardennotes/615.html 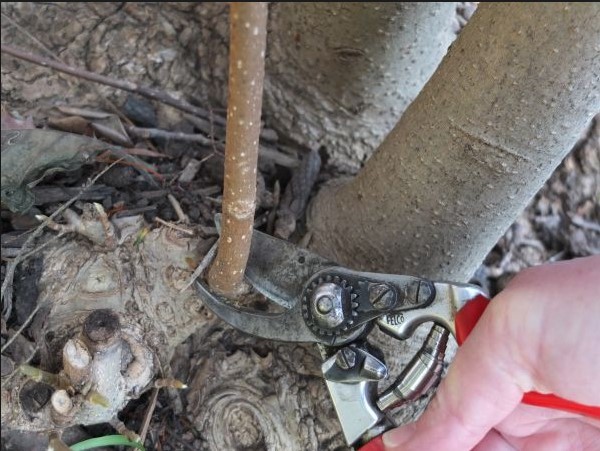 This image is from the Reeves-Reed Arboretum website: https://reeves-reedarboretum.org/cuttingarchiveDetail.php?Cuttings-29 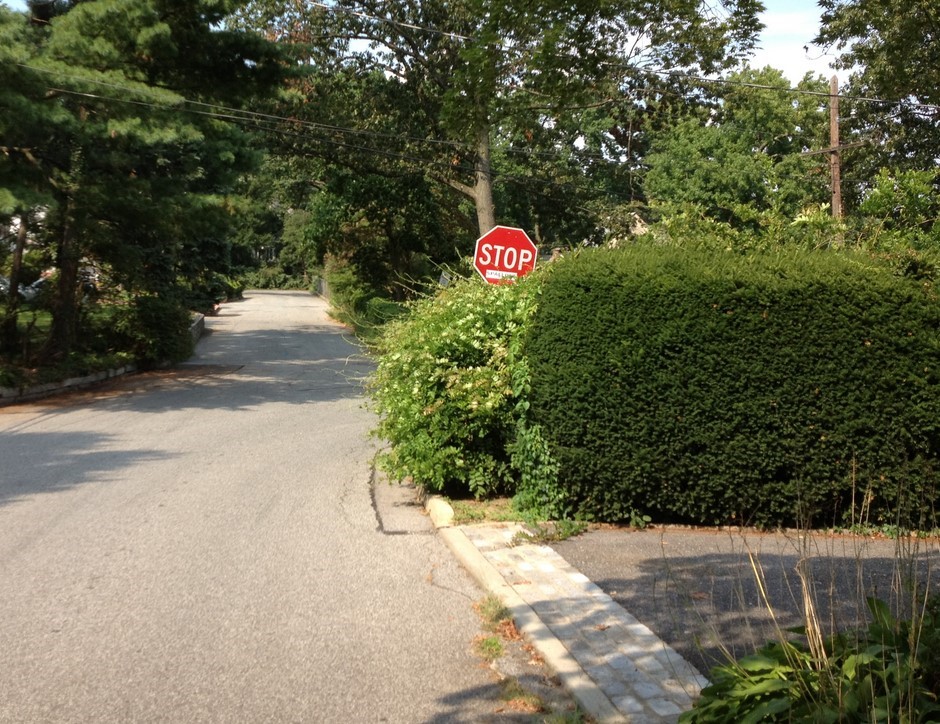 This image is from the My Yonkers website: http://myyonkers.net/tag/stop-signs/ 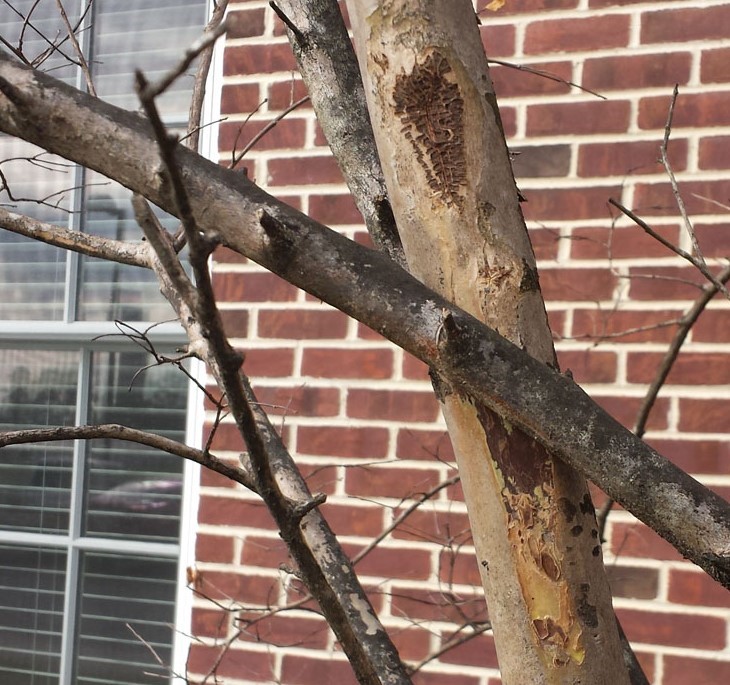 This image is from the University of Delaware Extension webpage: http://extension.udel.edu/ornamentals/files/2015/04/Prune-crossing-branches.jpg 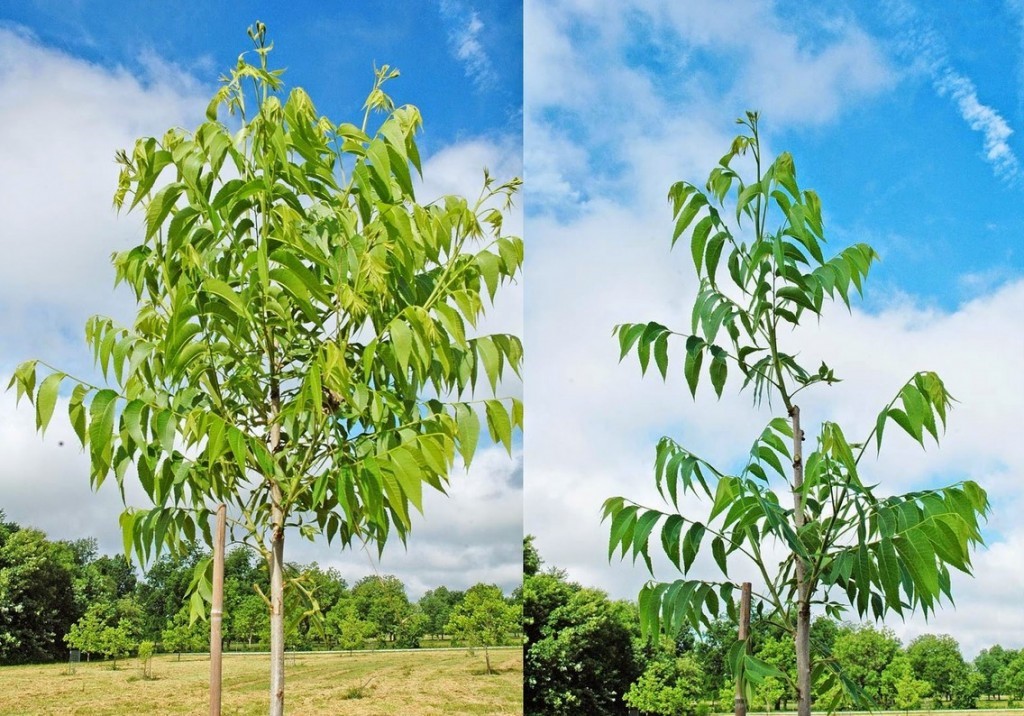 This image is from the Northern Pecans website: http://northernpecans.blogspot.com/2014_05_01_archive.html