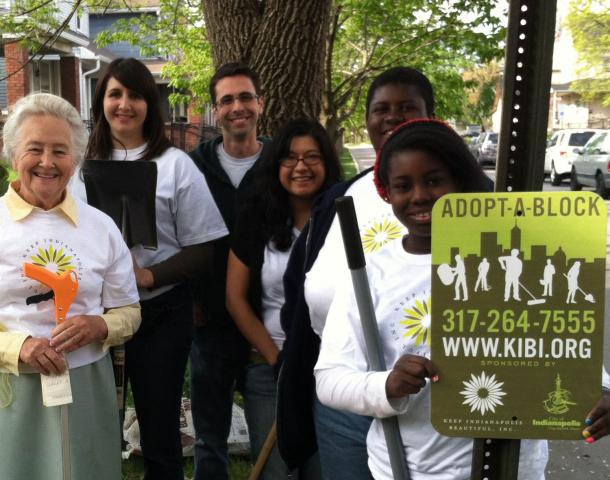 Here’s one thing you need to know about Ruth Shaw:
Don’t ever tell her you “don’t have time” to help out.
Ask anyone in her St. Clair neighborhood: for the 40 years she’s lived there, Ruth has made the time.

Ruth and Darrell Shaw bought their house in the St. Clair Place neighborhood on the Indianapolis Near Eastside in 1975.  Ruth remembers wanting to make her neighborhood safe and pleasant for their eight children.

She started by knocking on every door in the neighborhood, inviting folks to join her for cleanup days: picking up litter, sweeping their sidewalks, planting flowers, and generally taking care of their community. 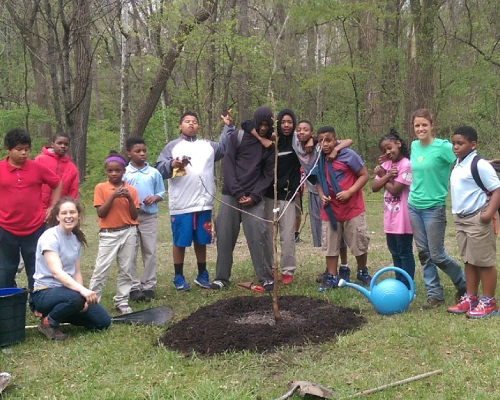 Ruth recalls charming somewhat reluctant neighbors to pitch in to help. “I’d tell them, ‘we’ve got a shovel right over here that just fits your hand!’”

“We wanted to try to make our block look as good it possibly can, so people would want to copy us,” she remembers. Her success was contagious: Keep Indianapolis Beautiful recruited Ruth to become one of its first Adopt-a-Block captains, providing supplies and logistical support for regular cleanup efforts.

The concentric circles of Ruth’s activism kept getting wider. She became involved with Near Eastside Community Organization (NESCO), and later ECI (Eastside Community Investments). She pitched in to help lead ECI’s Caulk of the Town and Paint Up/Fix Up programs, which provided free materials and labor to enable residents to spruce up their homes.

Her advocacy kicked up another notch: she started a neighborhood crime watch group, organized a block club, and lobbied to institute community policing. “My mom intuitively knew that if the police knew the people in the neighborhoods they served, and the people knew the police, the streets would be safer for everyone,” says Michelle Melani, one of Ruth’s daughters.

Michelle remembers that when her family moved to the Near Eastside, her mother was always trying to find ways to improve their community. She focused on getting rid of slumlords, and shutting down the drug and gang houses.

“She became such a thorn in the side of Mayor Bill Hudnut that he eventually decided he'd rather work with her than against her. So he invited her to serve on his GIPC (Greater Indianapolis Progress Committee) Board,” recalls Michelle.

By the time Sarah Grain became KIB’s Volunteer and Adopt-a-Block Coordinator in 2005, Ruth was legendary. “She was certainly the most active and engaged in her community,” recalls Sarah. “She didn't let her age get in the way of her work.  She was energetic, committed, and absolutely in love with her neighborhood,” says Sarah.

Sarah says she learned a lesson in managing people by watching Ruth: “Ruth motivated and coordinated neighborhood volunteers in the old-fashioned way - she talked to them!”

“As a community leader, she saw every human as exactly that - human.  She treated every neighbor equally and saw the good in each person, knowing that every individual had something important and special to contribute to their community,” recalls Sarah.

Over the years, Ruth and her neighbors – with help from KIB – organized tree plantings in Brookside Park, restored the historic pillars on Eastern Avenue, and made sure everyone had spring flowers for their porch window boxes.

In the run-up to the Super Bowl in 2007, the Near Eastside benefited from a jolt of beautification funds. Sarah remembers Ruth being right in the thick of things, even though she was well past the age when most volunteers have hung up their rake. “It shouldn't have surprised me that on the actual planting day she would be out there, scarf over her perfectly done hair, skirt down to her ankles, tennis shoes, shovel in hand.  Ruth planted just as many trees that day as any other volunteer.” 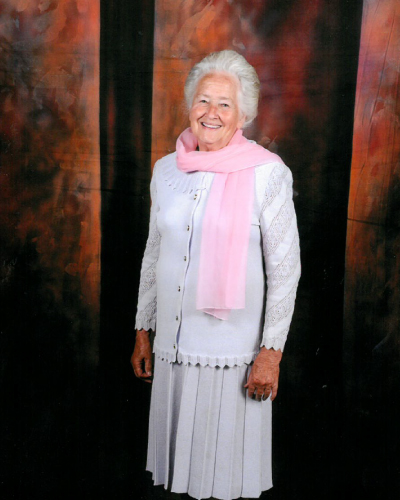 And when a house across the street from the Shaw home was torn down, neighbors worked with KIB to transform it into a community green space where the community holds an annual chili dinner for local police officers.

Sarah Grain sees Ruth as the ideal community leader: someone willing to do the hard work, and who made others want to work alongside her.  “She wasn’t asking anyone to do something she wasn’t willing to do herself, whether it was hauling trash out of the alley, or picking up a broom,” recalls Sarah.

In later years, Ruth worked at the John Boner Community Center, using her skills navigating city government to be an advocate for elderly residents in the area. Her daughter Denise Hungerford describes her as “the matriarch of the neighborhood.”

In 2013, Historic Indianapolis profiled Ruth and her determination to improve her surroundings. She told that reporter, “Our neighborhood is unique in that, although we have criminals and slumlords, the core of the people here care.  They don't say ‘Why won't somebody do something about this?’ They say 'What can we do?'"

Ruth is slowing down now. She still lives in her house on Eastern Avenue, surrounded by an impressive doll collection. She is 83, and her memories are getting a bit fuzzy. But ask her about her many years of community activism, and her face lights up.

Although she has handed the reins over to a new Adopt-a-Block captain, she is looking forward to the first spring cleanup day, when she can sit on the front porch and supervise.

By all rights, she has earned that privilege.