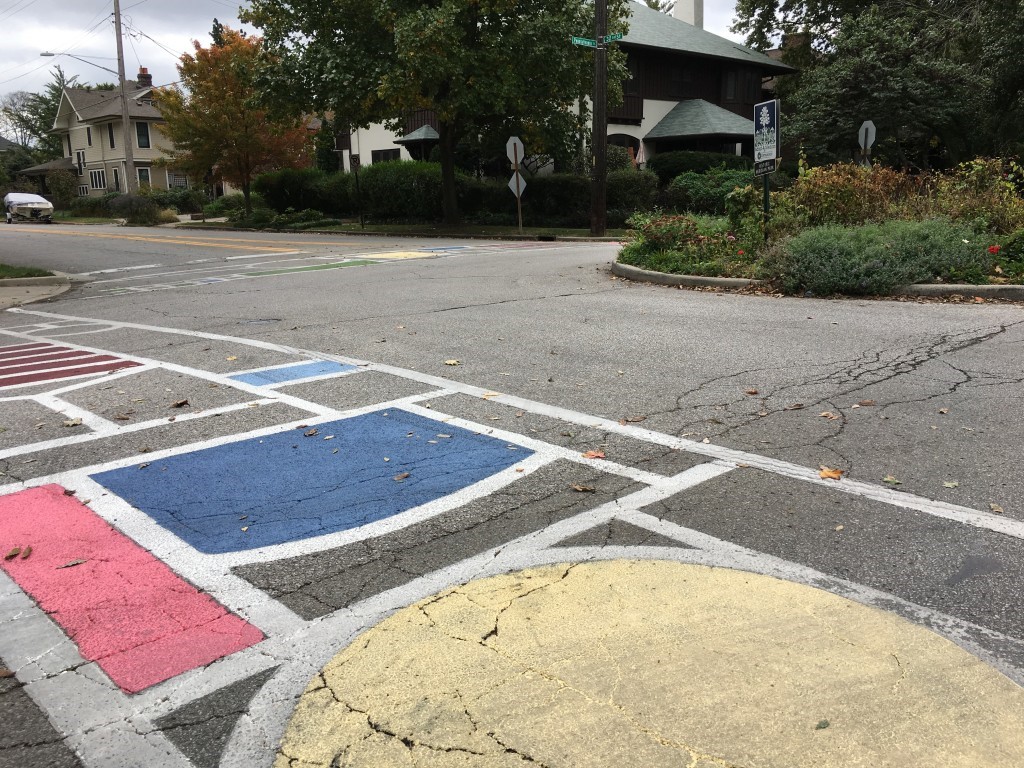 by Lorraine Phillips Vavul Lorraine Phillips Vavul is a resident of Historic Meridian Park and works at Phillips Strategic Marketing and Planning and mentors students at Butler University’s Lacy School of Business on Career Development as an Executive Career Mentor. She volunteered and continues to volunteer to lead planning and implementation on Rethinking Our Streets. In early 2016, Mapleton-Fall Creek was selected by the Indianapolis Department of Public Works as the pilot for an initiative called, “Rethinking Our Streets.” (See City Repair, an initiative in Portland, Oregon). The overall goal is to better balance automobiles, pedestrians, kids and bikes on our streets - making them safer in a creative way.  Neighborhood representatives from Mapleton-Fall Creek and Historic Meridian Park along with DPW, Big Car Collaborative and Keep Indianapolis Beautiful experimented successfully with chalk paint on two intersections along 32nd Street at Washington Blvd and at New Jersey. 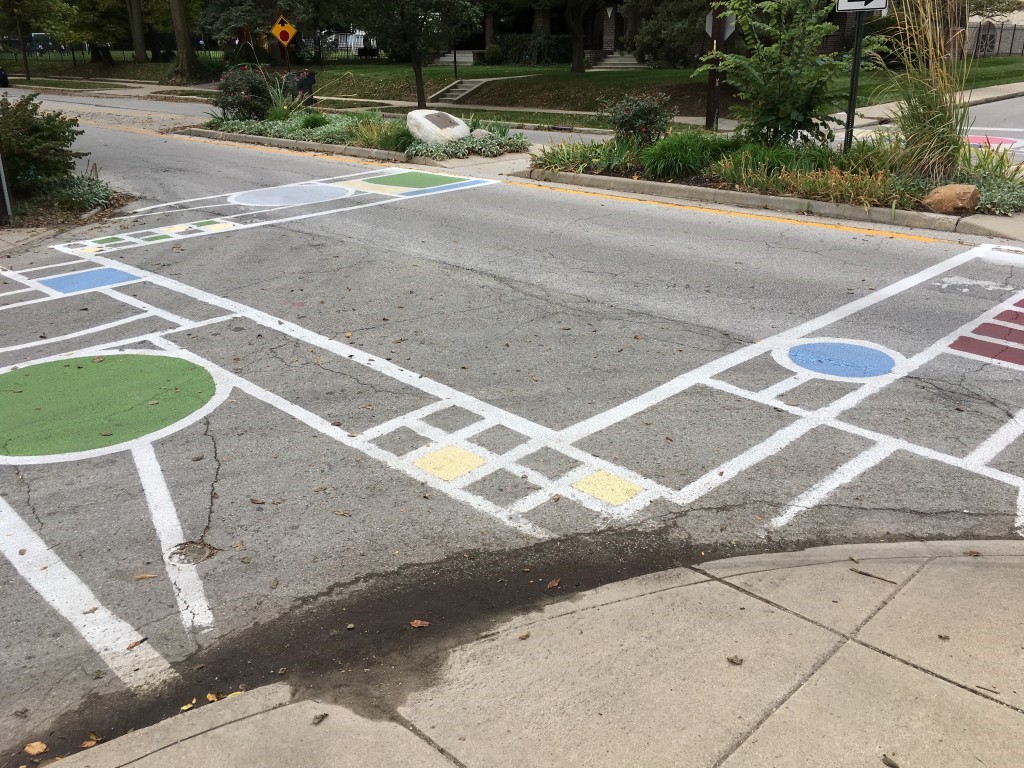 Following that work, 13 intersections were transformed. In partnership with KIB, Big Car and Butler University’s Bulldogs Into The Streets, crosswalks were painted using an Arts & Crafts design reflective of the neighborhood’s architectural style. At Delaware and 32nd Street, a 30’ by 50’ mural with an Arts and Crafts motif was painted in the middle of the intersection. The designs were created by artist Andy Fry of Big Car with input from several neighbors including graphic artist Ryan Noel.

A large stencil of the mural was created in paper and spray-paint guidelines were added to the roadway to facilitate the final painting. Other traffic-calming components will be added including the creation of a painted rotary at 32nd and Washington Blvd and painted bump outs with bollards (reflective rubber posts) at several intersections coming later this fall. If this initiative is successful, this would be a great option for other neighborhoods to take on in their streets. The Rethinking Our Streets Team consisted of the following, many thanks to these neighbors and organizations: Team leader Doug Day; MFC neighbor Keith Cruz; MFCDC's Brittanie Redd; MFC's Ryan Funk and Fall Creek Place's Chris Corr. Butler University for their assistance in recruiting students to volunteer and providing financial support for supplies and paying for police (twice, due to rain the first time) to close the streets to keep the volunteers safe and allow paint to dry. Big Car Collaborative’s Andy Fry, Brent Lehker & Jim Walker; KIB's Mark Adler & Joseph Jarzen; and the City's Jamison Hutchins & Nathan Sheets.  Thanks for everyone's support!