Orchids; Not Just a Tropical Treasure

This past weekend, a friend and I spent an afternoon at the Indianapolis Museum of Art to see their current exhibit, Orchids: Cultivating Beauty. The exhibit features hundreds of beautiful orchids from all over the world, each unique in their own way. The orchids are currently on display in the Madeline F. Elder Greenhouse, but are also decorating the Lilly House. Combined with the recent temperature spike, the exhibit was a welcome taste of spring. Inside the museum there is also a featured gallery exhibit of the Lilly Collection of Orchids in Watercolors. This collection was gathered by Josiah K. Lilly, the son of the founder of Eli Lilly and Company. Josiah also served as the company’s president from 1898 until 1932. These 30 paintings showcase the blooms of orchids from all over the world, including many that may be seen in the flesh in the greenhouse. Orchids are the second largest family of flowering plants, Orchidaceae, which has about 28,000 different species. They are second only to the aster family, Asteraceae, which has about 33,000 different species. 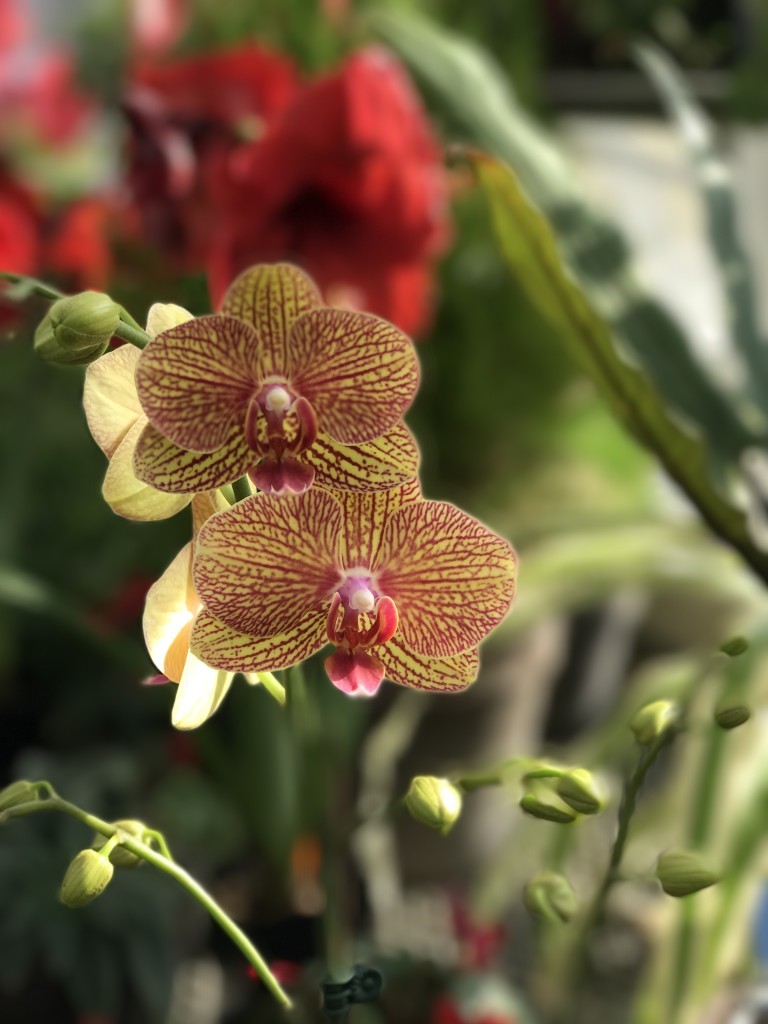 These two exhibits focus primarily on orchids from the genera Cattleya (native to tropical Central and South America), Dendrobium (tropical Asia and South Pacific Islands), Oncidium (tropical Central and South America), Paphiopedilum (tropical Asia and Pacific Islands), Phragmipedium (tropical Central and South America), and Phalaenopsis (tropical Asia and Pacific Islands). Despite orchids commonly being thought of as exclusively tropical plants, they can be found in different ecosystems all over the world. In fact, Indiana is home to 43 different species of orchids, while the more tropical state of Hawaii is home to only 3 unique species! Many of Indiana’s orchids are threatened, endangered, or on a watch list, largely due to poaching and habitat destruction. Like the orchids in the exhibit, our native orchids come in a vast array of colors, shapes, and sizes. Some have small unassuming flowers, like the putty-root orchid (Aplectrum hyemale), while others feature much larger, showier flowers. Four Cypripedium species (C. reginae, C. acaule, C. calceolus, and C. candidum) are native to Indiana and look very similar to the attractive flowers of the Paphiopedilum and Phragmipedium species in the exhibit. All of them are more commonly known as slipper or ladyslipper orchids. While many of our orchids here are indeed rare, that does not mean that they are impossible to find. If you are in their right habitat, keep an eye open for orchids on your hikes this spring! Until then, visit the Orchids: Cultivating Beauty exhibit at the IMA. This is exhibit is open now through March 5th, while the Lilly Collection of Orchids in Watercolors are on display now through July 9th. Later this spring, Garfield Park Conservatory will also feature an Orchid Show on April 22nd and 23rd.