Operation My Indy: Southport and Herron-Morton 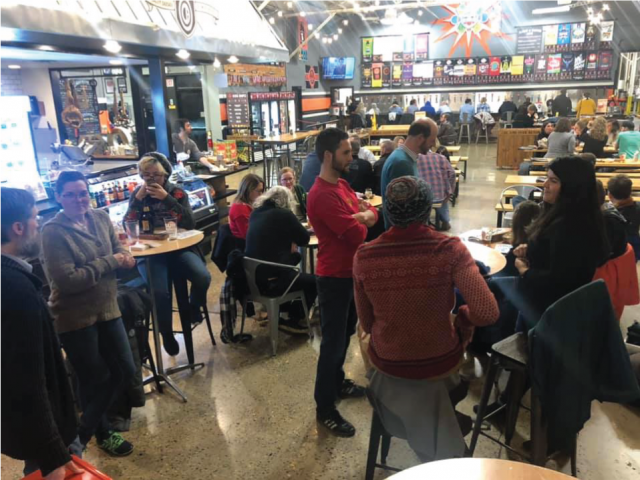 The past week, I stayed at two separate Airbnbs, and traveled from the southern edge of Indy to the northern edge. I started this week in Southport. I have been very curious to visit Southport, because the next town over from where I used to live in Connecticut is called Southport. Southport, Connecticut is named for the actual seaport there, but the story behind Southport, Indiana was a mystery to me.

It is certainly in the southern part of the city, but apparently, they decided to call it a “port” because it was a hub for the transportation of goods in and out of Indy (by land, of course!).  According to the website, “Key to the City,” Southport was actually named by a seaman traveling in a covered wagon (also known as a prairie schooner).  I’ll admit I’m kind of stumped by this one. Anyone out there know of another origin story?

There aren’t many restaurants in Southport, but one exceptional standout is Long’s Bakery. These donuts are some of the best I have ever had—anywhere! Sweet, and yeasty, one of these will do it for you for an entire day!

On Tuesday, I attended our Tree Tenders End-of-Year Celebration. KIB staff had an opportunity to express our thanks to some of our amazing volunteers. Tree Tenders are our specialty volunteers that plant and care for urban trees throughout the City. It’s important work. It’s gratifying. And it’s critically important to creating a vibrant city where people and nature can thrive. Would you like to join this amazing group? Please let us know!

I was also fortunate to attend the Governor’s Luncheon for Scouting on Thursday. Governor Holcomb gave remarks about the importance of honor, duty, and helping others. Great words to live by, and KIB volunteers do that with us every day. If you are or were part of the scouts, and want to help KIB, we’d love to have you!

My second Airbnb adventure this week took me to Herron-Morton on the near northside. My wife flew into Indy this weekend, and we stayed near The Foundry coffee shop. One morning, we ate a fantastic breakfast at Love Handle on Massachusetts Ave—which was recently profiled in the “36 hours in Indianapolis” article in the travel section of the New York Times.  We were glad we went! 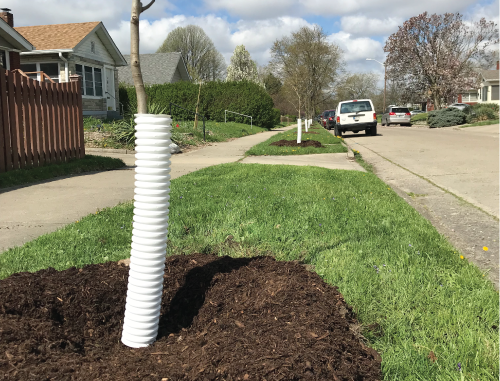 After breakfast, we walked the length of Mass Ave, doing some holiday shopping, and trying to burn off the calories. I showed her some of the other neighborhoods I have stayed in over the past few months, including Meridian Hills, Broad Ripple, and Fountain Square. Along the way I pointed out the tell-tale signs of KIB trees—a donut of mulch (not as tasty as Long’s) surrounding the tree and a white plastic trunk guard protecting the tree while it establishes. I was proud to show her all the good work KIB does to make this city beautiful.

I’m grateful to all of you for your support. Of course, in addition to your time and talent, we need your financial support, as well. We still have some funds to raise as part of our $50,000 matching grant from the Efroymson Foundation. Every dollar you contribute will be matched 1:1, so your contributions will go twice as far! Please make a meaningful gift.  You can also donate to KIB as a meaningful holiday present! Please visit BeautifulNeedsYou.org. Thanks for considering it! 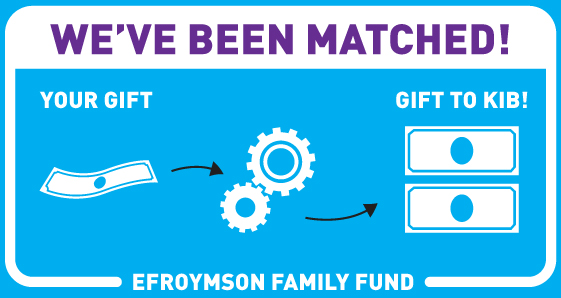 DO-NUTS from Long's Bakery. There is the Southport location and a locations (with the iconic sign) just west of the White River off of 16th street. You won't regret it.

Take a stroll up and down Mass Ave. It's a great time of year to experiences the cultural district's spirit while people are out doing their holiday shopping or eating and drinking with friends.