For several weeks, I have heard about the charms of Irvington, and how the neighborhood goes all out for Halloween. So, I decided to stay here for week 8 of my journey across Indy.

My journey to Irvington from the airport took a few minutes longer than if I had just driven my own car, because this was also the first week I used the @BlueIndy service. I have been tracking BlueIndy since it was introduced in 2015 and I was the Executive Director of Sustainable America (@foodfuelfuture), a national nonprofit working to improve our nation’s transportation fuel systems. What’s great about using BlueIndy, particularly in lieu of owning a second vehicle, is that they are perfect for short hops around the city, with a number of places to park and plug in. You don’t have to pay for fuel (electricity), parking, or maintenance. I’m paying $140 for a year’s membership to try it out, plus I have to pay $4 for the first 20 minutes and just 20 cents per minute after that. My trip from the airport cost less than $8. That’s less than one day in economy parking!

If you haven’t used BlueIndy yet, I recommend it. The cars are cute, and sturdy - and unlike a Tesla, you are unlikely to get a speeding ticket. I felt totally comfortable on the highway, but 65 mph is probably as fast as you can go for any extended period of time. There were about a dozen cars waiting on the top floor of the garage at the Indy airport. Part of my initial confusion was that there were so many cars available, I tried to get into the wrong one! Now that I’ve discovered it, I plan to use the service regularly, particularly to and from the airport. It’s way cheaper than a taxi, or parking for several days! And, I breathe easy knowing that the more people who use electric cars, the cleaner our air in the city will be. 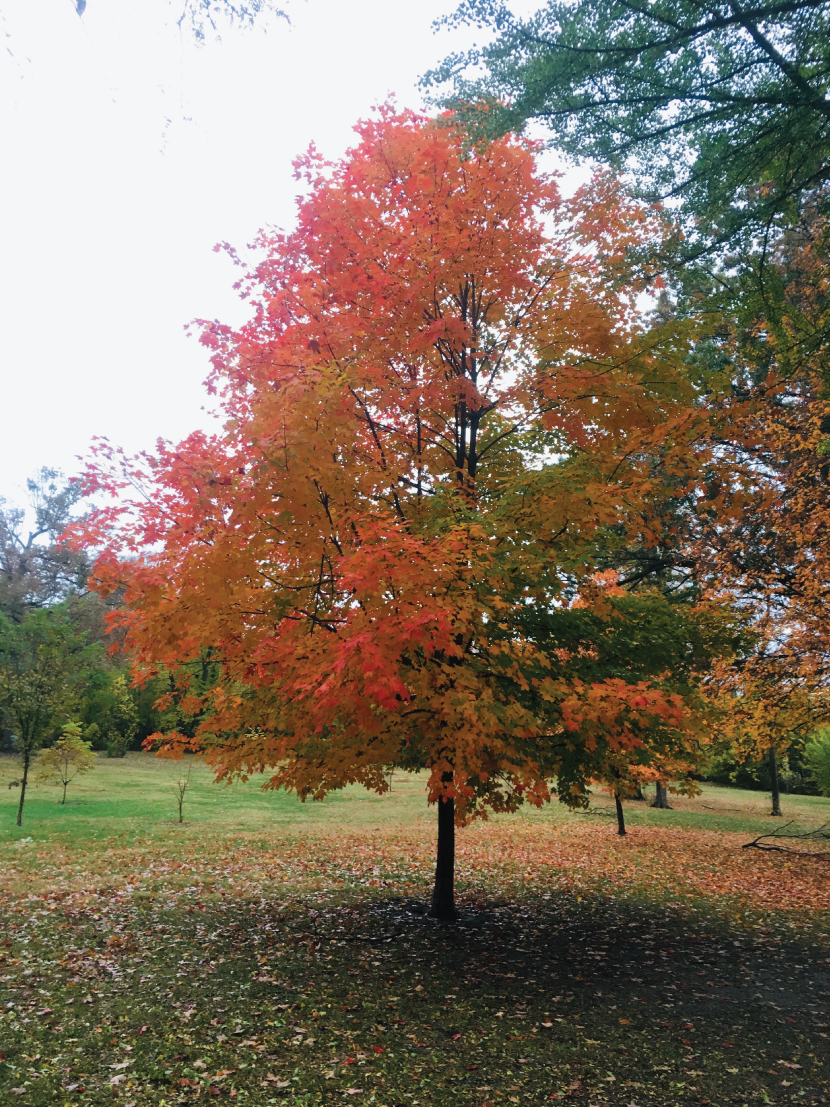 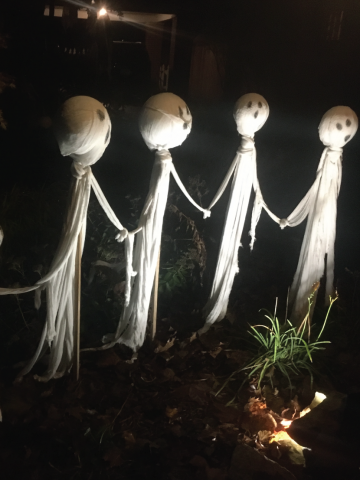 Irvington itself is a really cute neighborhood. I loved the eclectic mix of homes, many of which were older, and some of which were Craftsmen Bungalows that looked like they came straight from the Sears Catalog! I also learned that Irvington was named after Washington Irving, who wrote the “Legend of Sleepy Hollow.” Maybe that’s why the neighborhood turns out so much for Halloween!

Halloween was surprisingly cold, with snow flurries, but it didn’t stop hordes of children from filling the sidewalks with costumes to trick or treat throughout the neighborhood. Though I missed walking around my neighborhood in Connecticut with my sixth-grade son, I was able to live vicariously seeing all the joy of children in Irvington this week.

My culinary adventures took me on two separate nights to two restaurants on the same block. First, I joined some new friends at Jockamo Upper Crust Pizza. Having lived in Connecticut for the past seven years, I’ve admittedly have become a bit of a pizza snob. But, I was delighted at the high quality of the ingredients and sauce at Jockamo. I’ll be back! My staff also recommended the Legend Classic Irvington Cafe, which I visited on Halloween. The parking lot was packed, but it was mostly filled with cars of people who had driven to Irvington specifically to trick or treat. The restaurant was having a slow night, but my eyes fell on the “Dad’s Chicken,” which was simple, delicious, and filling. I love having roasted root vegetables, like parsnips and potatoes, with any meal.

Irvington is also important for KIB. Our Urban Naturalist program employs young adults from diverse communities, providing them with job skills and professional development so they can launch into environmental careers. One of KIB’s staff began as a “UN” and just took the exam to be a licensed arborist! It’s a program that makes us proud. Our UN’s are working in 2019 in the Pleasant Run area of Irvington, helping to plant, mulch, prune, and maintain trees to make that section of the city a more vibrant public place for people and nature to thrive. It’s our mission, and with your help, we can do it everywhere.

Try out a BlueIndy car (or a membership!)
Go trick-or-treating in Irvington next year