This week, I greatly enjoyed my stay in a studio apartment in Broad Ripple that was converted from a former detached garage. It was a very creative use of a relatively small space, a small living area with a couch and TV, a small table for two, and a kitchenette, and a separate bedroom and bathroom (with an admittedly tight space for a shower). It was completely self-sufficient, and cozy. I have long followed the “tiny house” movement, and once stayed in tiny house Airbnb in Santa Barbara that was off the grid, with solar panels for electricity and a composting toilet. It was a really cool place, and so sustainable! My wife and I have three children, but with one in college and another about to leave the house in less than two years, we are discussing how much house we really need. We are definitely going to downsize when we move permanently to Indy… though not all the way down to a tiny home. What do you think about the move toward smaller homes?

I also learned a slight nuance in pronunciation of the neighborhood. I was informed that the emphasis should be placed on the word “Broad” rather than on the word “Ripple.” In Connecticut, those living in the town where Yale University is located also prefer to say NEW Haven, as opposed to New HAVEN, so I understood the importance of getting it right. If I’m going to be a local, I should know how to pronounce each neighborhood the right way! 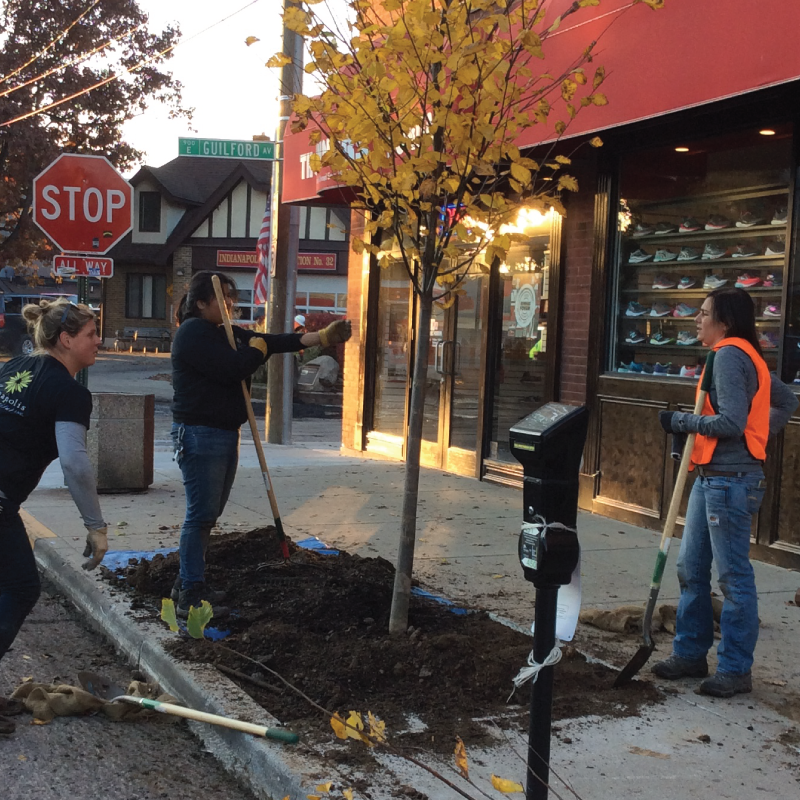 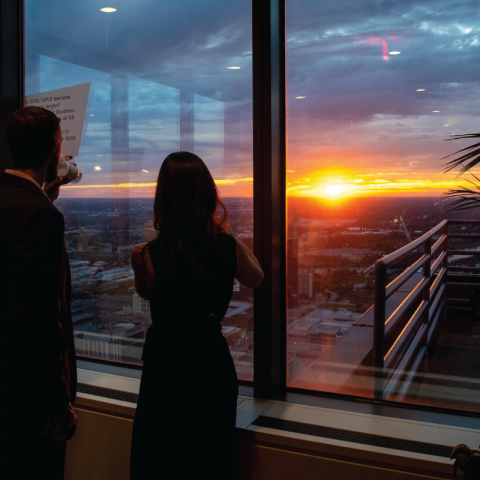 My culinary adventure this week led me to Captain Sushi & Juicy Seafood, which is in a strip of commercial properties on College Ave. near the corner of Broad Ripple Ave. I really enjoyed it, including the “Monkey Brain” appetizer of fried avocado with spicy crab and tuna, green onion, and sriracha. It was a highlight. I also had literally six different coffee meetings, four of which were at the amazing Calvin Fletcher’s in Fountain Square right near the KIB office. It’s already starting to become my second home.

Saturday, October 19 was also an important date, as KIB held its annual THRIVE event. This year, the event was held on the top floor of Salesforce Tower, 800 feet up in the air. The views of Monument Circle and the Indiana World War Memorial from up high were amazing, as was watching the sun set over the city. We had over 150 people come out to support the future of KIB. I noted in my remarks that over our 40+ year history, KIB and our volunteers have installed over 140 pocket parks, planted 40,000 trees, and picked up 40 million pounds of litter. Imagine what the city would look like WITHOUT all that hard work! We know we have a lot more to do in the months and years ahead, and we know that we do it best when we do it together because #beautifulneedsyou!

Try the Monkey Brain at Captain Sushi and Juicy Seafood

Join us at a tree planting this fall!
Grab trash bags and gloves from KIB’s office and keep a cleanup kit in your car or bike