The Kids of Fletcher Place

Talk about the next generation of environmental stewards!  The kids of Fletcher Place Neighborhood have formed their own association and are already knocking projects out of the park. 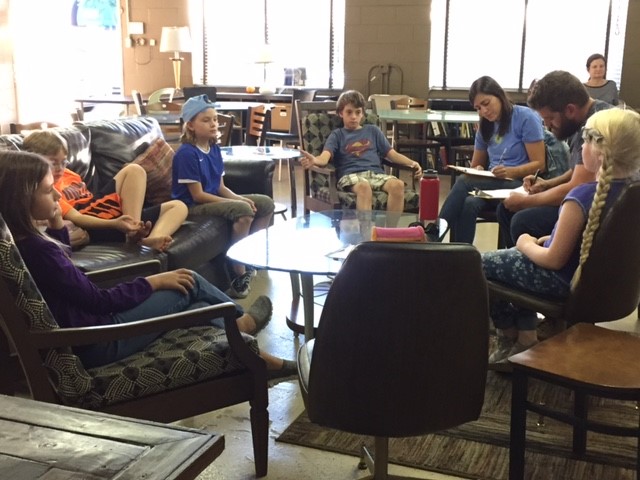 My fellow Keep Indianapolis Beautiful colleague Ned and I were honored to be invited to their most recent monthly meeting. We asked them why they formed this association. “We want a say in what happens in our neighborhood,” they responded with earnestness. I almost fell out of my chair. Throughout the meeting it became clear that this group of youth is serious about being a part of positive change, uniting their neighbors, and they have concrete ideas on how to act. The group has already organized a Lemonade Stand, a Bicentennial booth, and planned their neighborhood Halloween party.

Their next idea: some kind of environmental project.  Together we brainstormed, talked about the purpose of the project and how they can get started.  It looks like they may have something brewing for next spring…. Keep an eye out, these kids are some amazing neighborhood leaders!