Ah, the odd places that volunteers receive their positive feedback.

For David Starr, it was in the dentist’s chair.

“What have you been up to lately?” the dentist asked politely. 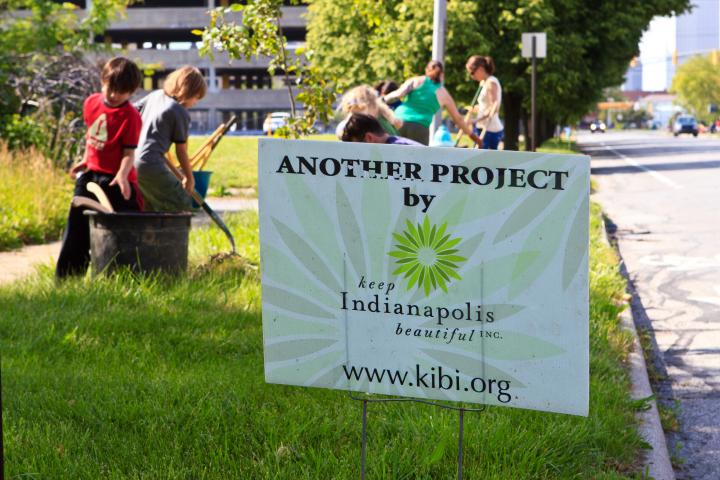 David Starr was the family’s first KIB volunteer. After three sons moved on to college, he realized that their three sons no longer needed his coaching skills on the baseball field. “What am I going to do with my extra time?” he asked himself.

The answer came through an encounter with Abby Dennis, KIB’s Director of Volunteers:  David signed up to be a KIB Ambassador. When his employer, Roche, sponsored a Day of Service in 2008, he helped plant trees at two IndyParks sites. That got him hooked.

Soon after he got involved, Lori realized that if she wanted to spend leisure time with her husband, she needed to sign up as well.

Now, the two provide what Dennis calls ‘volunteerism on steroids.’ 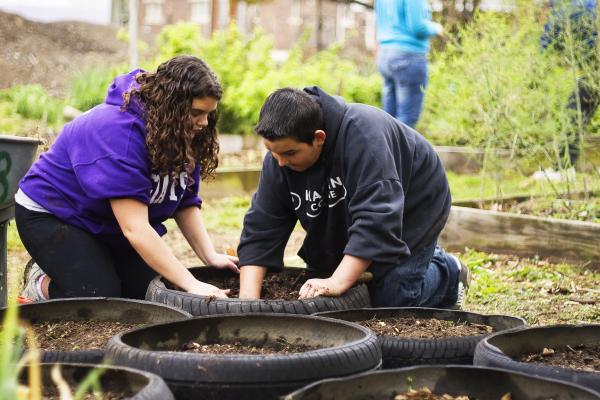 The Starrs say they especially enjoy their interactions with college-age volunteers. “They’re the same age as our kids, and seem to be a lot more socially aware than most young people,” says Lori. “They are nice and kind and thinking about the world.”

David has his recruiting pitch down: “When someone comes up to the table, I ask ‘have you ever heard of KIB?’  Usually, they know we’re the group that plants trees, so then I explain all the other ways they can get involved, and how easy it is to sign up and show up.”

Lori adds, “I tell them ‘if you come with willingness and a smile on your face, you’ll enjoy the day.’ That usually works!”

So next time you pass a park displaying the KIB logo, or see a newly planted stand of trees in a neighborhood, thank the KIB volunteers like David and Lori Starr. KIB couldn’t thrive without them!