Community of Caring and Sharing

The newly-planted trees and trellis that are part of the KIB-supported GreenSpace on South Holt Road have a long and colorful back-story that begins in the coalmines of rural Tennessee, with detours and delays, on their way to the Indianapolis southside neighborhood of Mars Hill. 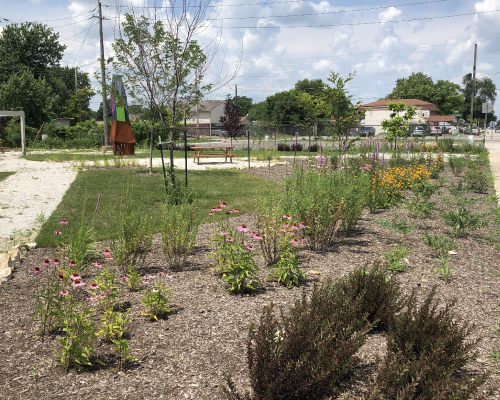 Just ask Maggie Wilson Phipps about the tons of concrete that were buried where the picnic tables now reside: they were the easy part.

Phipps is the founder of Community Caring and Sharing, a faith-based organization that she began in the 1980s. She grew up as the daughter of a coal miner, one of 26 children. That is not a typo.

The Wilson family moved to Detroit and Oregon, before Maggie married a Hoosier and ended up in Indiana. Phipps is tiny, but evidently persuasive. “I had some health problems, but I felt called to feed the hungry.”

She recruited friends to help her, and says that the work helped her heal. They began by collecting day-old bread from Cub Foods to distribute to area families. Later, volunteers would stand outside the grocery and urge folks to buy a few extra items, to donate people in need.

What began as neighborhood food ministry grew into a stable multi-service center.  In addition to the food pantry, CCS now offers clothing, high school equivalency classes and a place for neighbors to gather. Phipps and her partner-in-charity Sylvia Denman have big dreams for the future, including computer classes for elderly residents, and home repair help for nearby residents.

CCS is housed in what had been St. Ann’s Catholic School, and then a Maplehurst warehouse. Kenworth Trucking Company, located about a block away, owned the building. When Kenworth’s owner, Eldon Palmer, learned that Phipps and her fellow volunteers were looking for a larger facility, he gave them the empty building, along with a check that helped pay for needed renovations. Other nearby companies caught the spirit of generosity, and pitched in as well: local masons repaired the brickwork. A large plumbing contractor got the water flowing again. Retired members of IBEW upgraded the wiring. And on and on. 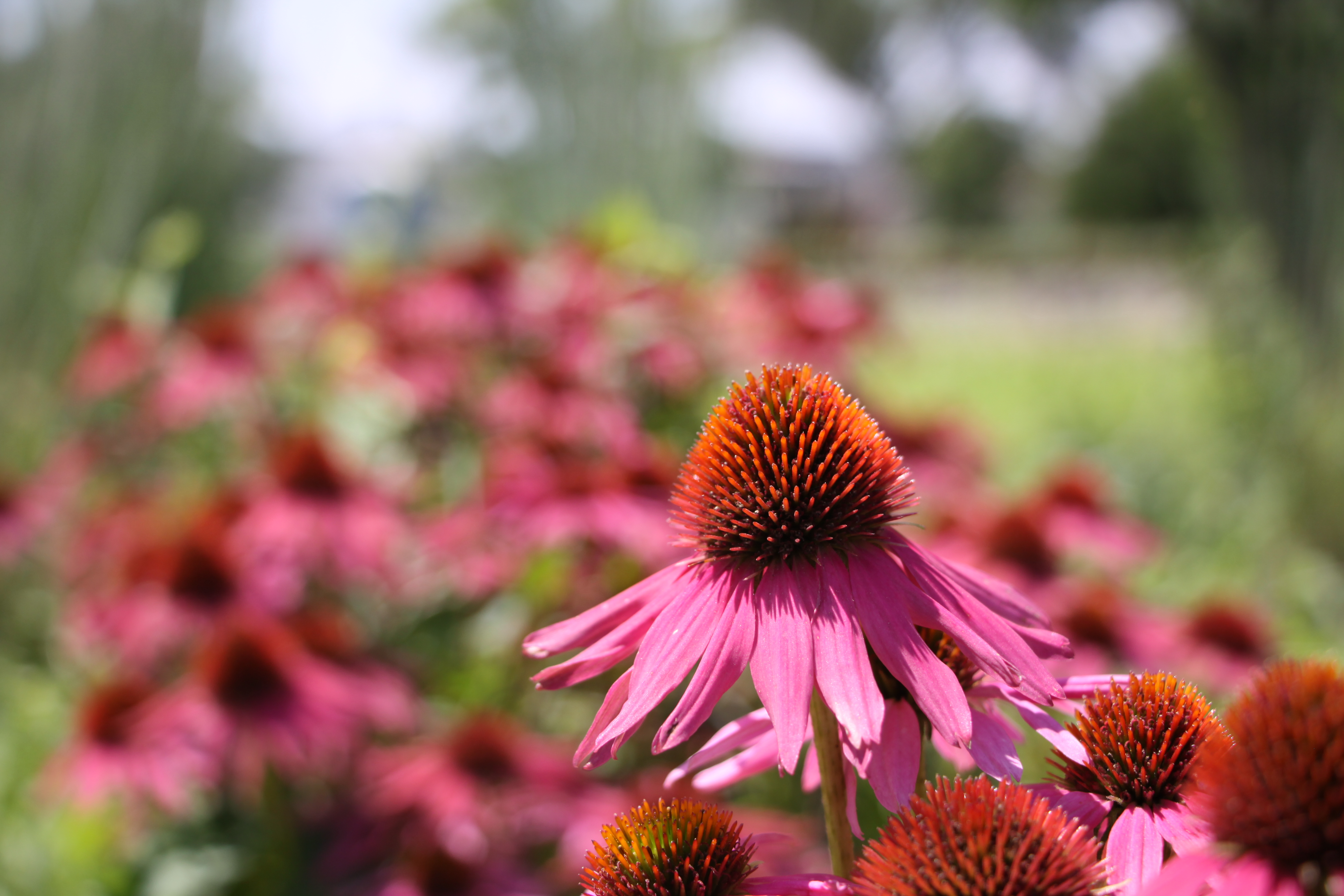 Inside the new facility, volunteers from Lilly’s Day of Service helped upgrade the charity’s food pantry and clothing bank. By 2015, one of the Lilly volunteers, Alina Pawchareune, had joined the CCS board. She noticed the vacant lot on the corner of the property – “It was an eyesore, nothing but gravel,” recalls Maggie – and suggested that Keep Indianapolis Beautiful would be a likely partner if CCS ever wanted to do something to improve it.

Introductions were made, and pretty soon, a steering committee began meeting and imagining how to improve the space in a way that would benefit regular visitors to CCS. KIB recruited Mader Landscape and Design to create plans for the park. By the spring of 2017, optimistic volunteers began digging, intending to test the soil to see if any remediation might be needed. “Pretty soon, we realized we were not being very successful,” recalls Maggie. They had encountered a buried bed of concrete that proved too much for their hand tools. “So they brought in the bobcats and excavators to dig it out.”

The CCS GreenSpace has been, like virtually all KIB projects, a community effort: Palmer Trucks provided the lot. Several local firms donated goods and services and more than 160 volunteers showed up on more than a dozen work-days to do the heavy lifting of creating the paths, laying the sod, and planting dozens of native flowers, shrubs and trees. 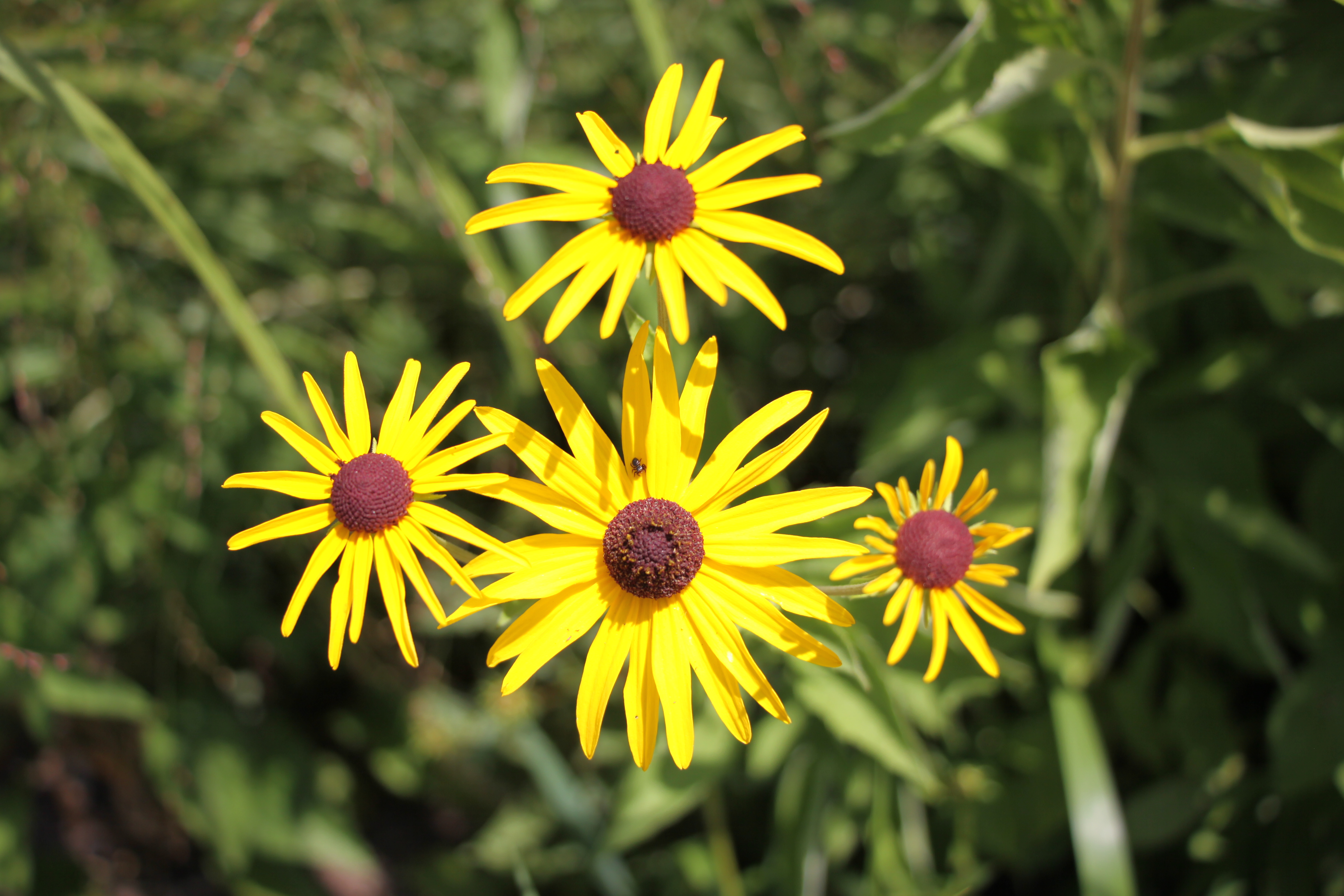 A cold and wet winter slowed progress, but by the spring of 2018, the site had a beautiful long trellis, that clematis is beginning to climb. Nearby is a striking piece of public art, created by Indianapolis artist team Owens+Crawley.  The picnic tables offer neighbors a place to share a meal or game of checkers. In the middle, painted truck tires – a multi-colored tribute to the site’s owner – are planted with vegetables. Flowerbeds teem with color, and more than a dozen trees will provide welcome shade in coming years.

Maggie Phipps’ generosity extends outside as well. “We’ve seen people leaving the food bank, and stopping to look at the vegetable gardens. We tell ‘em, ‘pick what you want.’ Don’t let ‘em rot!’”

“The park has come a long way,” says Sylvia Denman. “Next year will be even better.”