The Black Market of Nectar Robbing 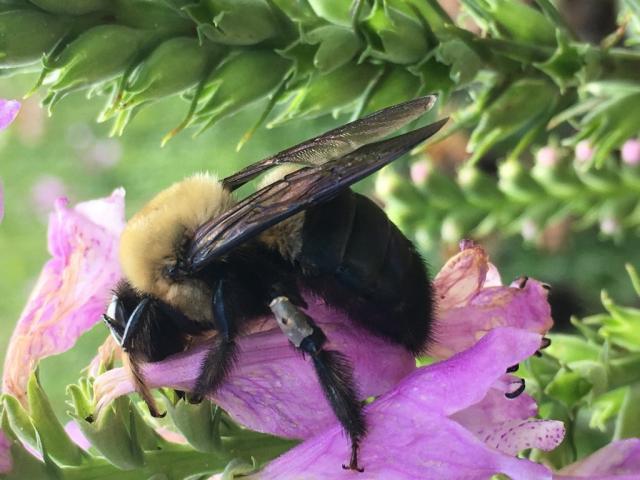 Nectar robbing is the practice of an organism piercing or biting though the corolla (petal) of a flower and directly gathering nectar rather than entering the flower through the natural opening.  This result is a quicker drink of nectar and also typically bypasses the pollination process as nectar robbing causes the animal to avoid the reproductive parts of the flower.   Nectar robbing is not just bee business as it has been recorded to be done by birds, insects and mammals.

You can see in the photo that this Carpenter Bee appears to be hugging the tubular flower of this native Obedient Plant (Physostegia virginiana) but it is actually robbing nectar by drinking from the nectar from a bite on the side of the flower rather than entering the long tube.

Darwin and many other researchers have spent a lot of time trying to determine if nectar robbing negatively impacts the health of the plant. Generally speaking studies indicate that it is typically of little to no impact on most plant species.